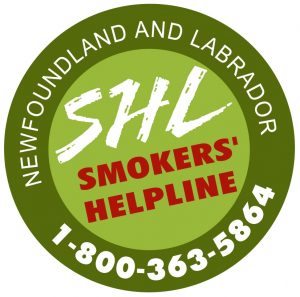 If you’re using or considering the medication Champix (varenicline) to help with quitting, here’s some new information. Talk to your doctor or pharmacist about the best approach for you.

There’s Flexibility Regarding When You Should Set Your Quit Date:
It is up to the individual when they would like to set a quit date, it doesn’t have to be within 8-14 days of starting the medication. The original clinical trials that reviewed Champix efficacy had patients setting a target quit date 8 days after starting the drug. However, a study released in 2015 in the Journal of the American Medical Association investigated the effectiveness of Champix for people who are interested in reducing their smoking and quitting within 3 months, i.e. they are more ambivalent and not quite as ready to quit. In this study, individuals reduced their smoking over 12 weeks and were assigned to take either Champix or a placebo. The treatment duration was 24 weeks. Quit rates were measured by looking at how many individuals were smokefree for 10 weeks following their treatment. The results show that those who used varenicline had significantly higher quit rates than those who used placebo (32% for Champix users and 7% for those who took the placebo) at 10 weeks post-treatment; and were able to stay smokefree for longer (24% for Champix users and 6% for those who took the placebo) at 9 months post-treatment. The higher quit rates demonstrate that gradually reducing their smoking while taking Champix is an effective strategy. In addition, there was no difference between the two groups in the occurrence of suicide and depression in this study.

There’s Flexibility Regarding the Dose You Should be Taking to Get the Best Results:
There is also evidence that shows that if people taking the standard dose (1 mg twice daily) are having trouble with side effects, then they may take a lower dose (0.5 mg twice daily) and still achieve nearly the same effectiveness as taking the full dose. Taking lower doses reduces the occurence of adverse events such as abnormal dreams and nausea with only minimal reduction in efficacy. The evidence is much higher for the efficacy of taking a full dose, however taking lower doses may be an effective strategy for some people. Again, it is important to talk to your healthcare provider to determine the right approach for you.

Combining Champix with Smoking Cessation Counseling Boosts Quit Rates
Availing of additional support with quitting, along with using Champix, will likely improve your chances of successfully quitting. A Toronto-based researcher investigated the effectiveness of delivering a smoking cessation program (referral to the quitline along with using Champix ) to patients scheduled for surgery and compared that to usual care (simply handing out a booklet with no smoking cessation counseling). The difference in quit rates between the two groups was substantial. The quit rate for patients enrolling in the smoking cessation program was 42%, and the quit rate for patients who received usual care was 26%.

Are you waking up each morning to immediately reach for that cigarette to begin your day? The mindset in which you start your day can have a profound impact…

Just as the food you ingest impacts your energy, the thoughts you ingest also impact your energy. We have to be careful what we feed our minds.

We all have heard the story about the Tortoise and the Hare. How often do we get caught up in comparing ourselves to others? Be kind to your mind.

Quitting smoking is linked to mental health benefits including improvement in psychological quality of life.

Savings Calculator
Quiz: How ready are you to quit?
Quiz: Find your level of addiction